The report, released by experts from Climate Action Network (CAN) Europe, Overseas Development Institute (ODI), and Friends of the Earth (FoE) Netherlands is accessible here.

Bulgaria, Denmark, France, Hungary, the Netherlands and the United Kingdom even deny that they provide fossil fuel subsidies, even though data from pre-existing research, including from the European Commission itself, show that all EU Member States continue to subsidise the production and/or use of fossil fuels.

The report also reveals that the United Kingdom, Germany, Greece, Poland and Slovenia even intend to introduce new fossil fuel subsidies in the next decade.

The European Commission in June made a series of recommendations for improvement of final National Energy and Climate Plans (NECPs), including one asking Member States to comprehensively report on their fossil fuel subsidies and to explain how they intend to gradually remove them.

Putting an end to fossil fuel subsidies would free up the necessary financial resources to allow Europe to reach net-zero emissions as soon as possible. 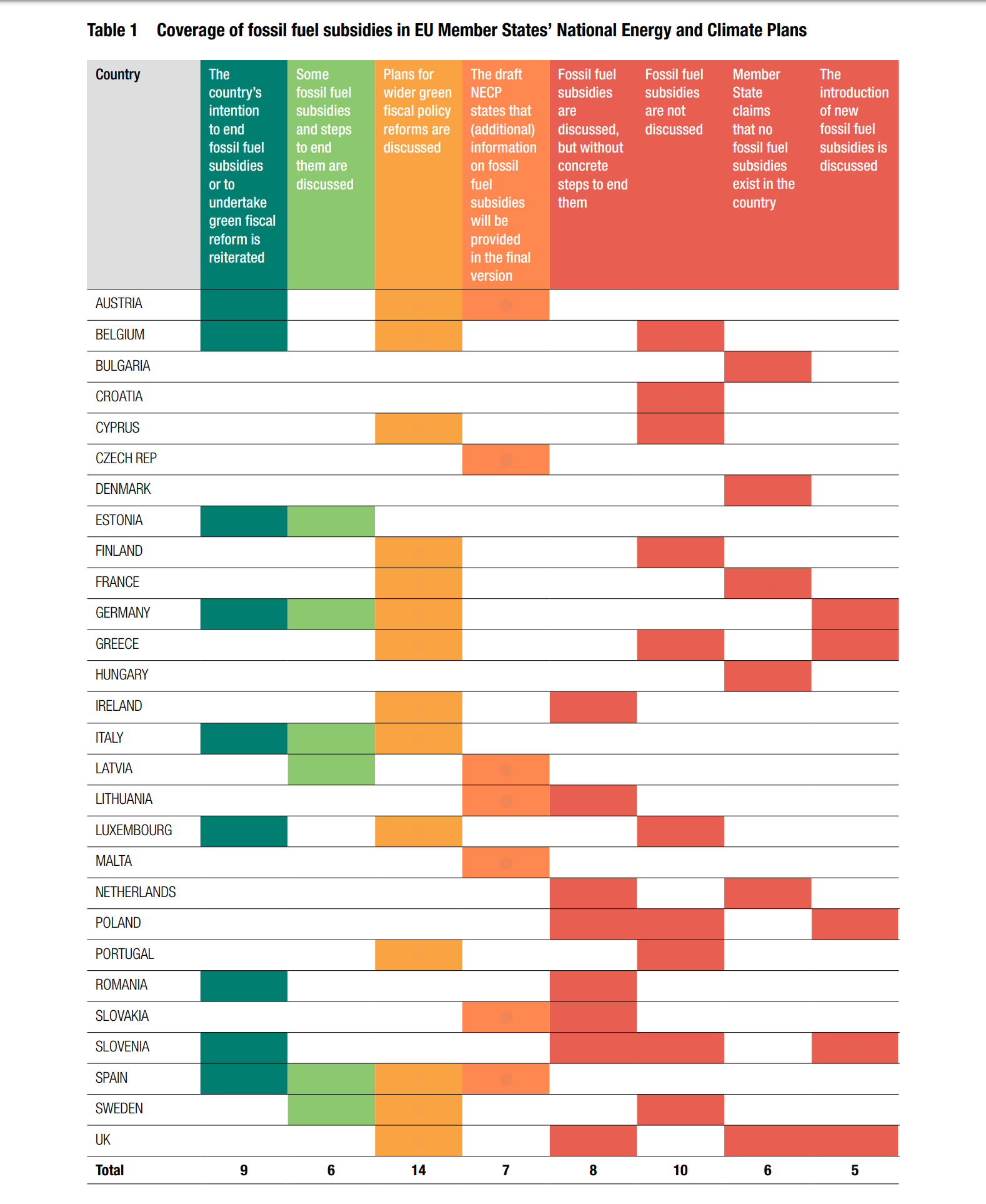 The European Commission is currently preparing its recommendations ...
Read more